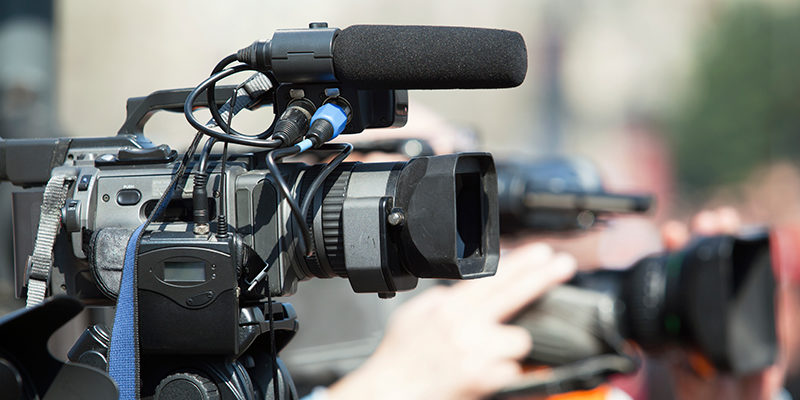 [Intro re China’s latest comments] How worried do you think we need to be?

Well, this action by China is disproportionate and it’s destabilising. It’s over the top and under the Albanese Government we’re going to say what we believe we’re going to call it as we see it, and we’re going to act in Australia’s national interests and in accordance with our values. We’ll do we’ll do so calmly, carefully, but we will say what we believe should happen in the region and we will make statements, even if others, other nations don’t agree with those.

We will make those statements respectfully but very strongly. And so I think Foreign Minister Wong has been doing that. She’s been standing up for Australia’s interests and our values and that’s what people would expect. China’s entitled to their views and we are entitled to ask.

David, we keep hearing the Australian Government wants to de-escalate the situation. What do you think our Government should be doing?

Well, I think they’re doing the right thing. They’re carrying on from exactly what we were doing in government.

I think Penny Wong is doing a good job in trying to de-escalate it, to bring some calm, to try and get some common sense on this. I think it’s important that we don’t overreact, but it’s proportionate. And I think Penny Wong’s done that with our partners, particularly the Japanese.

I think it’s also disappointing that the Chinese are now going to walk away from international talks on things like climate change in which they can really shift the dial if they reduce their emissions. So I think the government does need to continue to stand strong.

I think they’re doing the right thing and we’ll stand with them in making sure that they have that clear air. I think we’ve been consistent on that, both in government and opposition, as has the opposition and now in government.

I think that’s important on these important geopolitical issues that both sides of Parliament work closely together in making sure we protect Australians.

This situation, of course, was all sparked by a visit to Taiwan by US House Speaker Nancy Pelosi. Chris, do you think she should have made that trip?

Oh look, we’re not here to tell the the US House speaker how to do her job. She’s entitled to travel. That’s a matter for the United States. It’s a matter for them. Of course, we say that China’s reaction to that is over the top and that’s our contribution. Obviously, it is a time for clear and calm heads. That’s what we are trying to bring to the table and will continue to do so. We will again, as I said, we will say what we believe. We will act in Australia’s national interest. We won’t sort of blow things up that don’t need to be blown up, nor will we shy away from saying what we believe is the situation and what the best outcome for the region would be. And that is that everybody has a proportionate, respectful approach.

Okay, let’s turn to domestic politics now. Of course, this week it’s been dominated by climate change, but maybe not really in the way we’re used to in this country. There didn’t seem to be all that much conflict is the government’s bill passed the House of Representatives this week? Chris, the house is done, but the hard part for you could be the Senate. You need, of course, to win over at least one of the crossbenchers, Jacqui Lambie and David Pocock have already warned that they’re not just going to wave it through. Are you talking to them about their amendments?

I have been but I’m very, very confident it will pass the Senate. Very, very confident. It passed the House 89 votes to 55, which was a good day for Australia. We did work with people of goodwill. We didn’t need support of other parties to get it through the Parliament. But I think Australians would expect a government of grown ups to get on with the job and talk to people of goodwill to make sure that we have a good, solid climate bill.

The Opposition voted against it, which I think, you know, unfortunately shows that they haven’t received the message from the Australian people that we need strong action on climate and where possible we should have parties working together. They not only voted against it, but they fought it all the way, calling divisions after division, after division, you know, fighting every little thing. That’s a matter for them. They’re entitled to do that. But I think it shows that they haven’t really got the message from the Australian people that we’ve got to seize the jobs opportunities, get the investment going. The important thing about this act or this bill that we’re going to make into an act is that it sends the message to investors around the world that we have a stable policy environment after a decade of stop start to energy policy.

David, is he right of you? Have you not learned your lessons from the election?

Look, we believe in reducing emissions. We’re just saying you don’t need legislation to do that. We’ve met all our international commitments without having to legislate. And once you legislate, you open up the pathway for activists to weaponise it in the courts. You want to develop and do a development of a road. They’ll be able to take it to court and slow it down.

And they’re bringing in this thing called the safeguards mechanism to achieve it, which on 215 companies will be a tax that they have to pay. And two of those the last two oil refiners in this country, which means your fuel price will go up.

So we’re saying we want to get to that net zero by 2050. There is no linear line to it. There will be curbs in that. And technology should be what drives it and renewables will be what drives it.

But they can’t do it all. And we think that there should be a technology mix, but a conversation about that and running the ruler over all the technologies, whether that’s carbon capture storage with gas, whether that’s hydrogen, where we’re going to spend billions of dollars, or whether we peak over the Pacific and just see what happens over the next decade or so with small scale modular nuclear. If it doesn’t measure up, then well and good. But if we get back to first principles reducing emissions, we can do that as a country. We can do that sensibly if we work together and we’re committed to reaching that net zero by 2050.

But there is no linear line. And we’ve got to be honest with people of how we get there and who pays for it. And that’s that’s all the coalition saying and we want to make sure regional Australia is protected.

Unfortunately, Helen Haines brought in an amendment that really was not really well thought through. We want the Productivity Commission to understand the impacts for people in regional Australia who hurt the most out of this but are part of the solution and I want them to be part of the solution.

But let’s have an independent body that can actually measure that, measure that and will work in the Senate to achieve that.

Well, why didn’t you look into all of these things when you were in government for ten years?

We did with respect. That was exactly what we took to to Scotland, to Glasgow was the fact that regional Australia would have to transition in terms of some of its traditional industries. And we wanted the Productivity Commission to be the independent body to understand that and then work with government to make sure that they were part of the solution. And much as that’s happening and Chris will continue on with that, with the investment in renewables. I’ve got one of the the biggest wind farms in the southern hemisphere about to commence in my own electorate. So but we’ve got to look at the new technologies because you need to firm renewables up.

You can’t have all your energy eggs in one basket so we can’t do it all with renewables. There will have to be some firming. And so that’s where the conversation needs to lie with what is that? What is that source to to have another energy that reduces our emissions and gives us that reliability.

And that’s one that I think the Australian people is up for in a calm, concise way, where we look at the technologies that are over the horizon that might get there, may not, but that’s the trajectory when we went on a trajectory of technology, not taxes, and said, well, let’s just put the environment around the Australian people. You don’t need to legislate Australians to do the right thing. You got to trust them.

All right. Well, this week the legislation did go through. Congratulations to you, Chris, for that. Thank you both for your time this morning.