The Nationals oppose a Voice to Parliament

You are here:
Media ReleasesNews 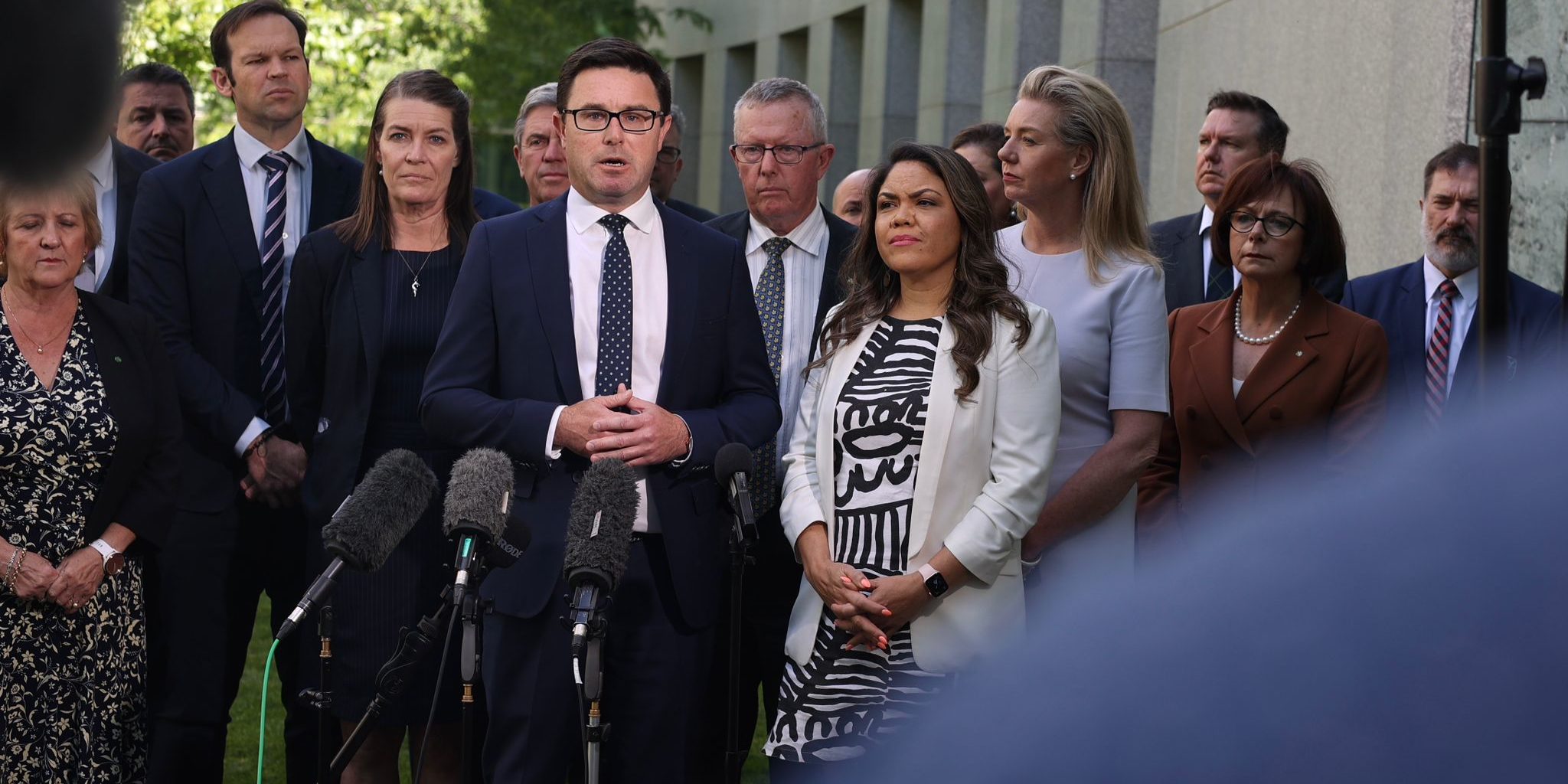 The Leader of The Nationals David Littleproud has confirmed The Nationals oppose Labor’s proposal to establish an Aboriginal and Torres Strait Islander Voice to Parliament in the Australian Constitution. Mr Littleproud said constitutional changes seeking to implement the Uluru Statement in full to propose a permanent ‘Voice’ would not be supported by The Nationals.

“The Nationals have consulted widely with the ‘yes’ and ‘no’ campaigns in a respectful and genuine way,” Mr Littleproud said.

“The Voice will not advance the primary aim of Closing the Gap and dealing with the real issues faced by Aboriginal and Torres Strait Islander people. It will not economically empower Indigenous people. We believe this will be a voice for Redfern, not for Indigenous communities in regional, rural and remote Australia, in places like Cunnamulla, Alice Springs and Carnarvon.

“We believe in protecting communities and families when it comes to alcohol and drugs and we believe in the economic development of Indigenous land – solutions that will economically empower Aboriginal and Torres Strait Islander people.”

The Nationals are also concerned about Labor’s lack of detail, potential High Court Implications and vague wording surrounding the responsibilities of the Voice.

“The Voice will add another layer of bureaucratic red tape. Crucial questions remain unanswered, including why won’t the Federal Government focus on local and regional voice bodies and traditional owners – who have a genuine and grassroots connection to the everyday lives of Aboriginal and Torres Strait Islander Australians.”

“The Nationals recognise the immense challenges impacting many Indigenous communities. We believe the key to addressing these serious issues is by government delivering frontline evidence-based solutions and having dedicated initiatives to address 17 Closing the Gap targets.”

The Nationals believe the Voice devalues the 11 elected Indigenous MPs, including Senator Jacinta Nampijinpa Price. The Nationals are also concerned the Voice will undermine democracy.

“A core component that underpins our free, liberal democratic society in Australia is the fundamental principle that every citizen is considered equal under the law. A constitutionally enshrined advisory body to Parliament based solely on a person’s race is the antithesis of the values that we share as The National Party.”