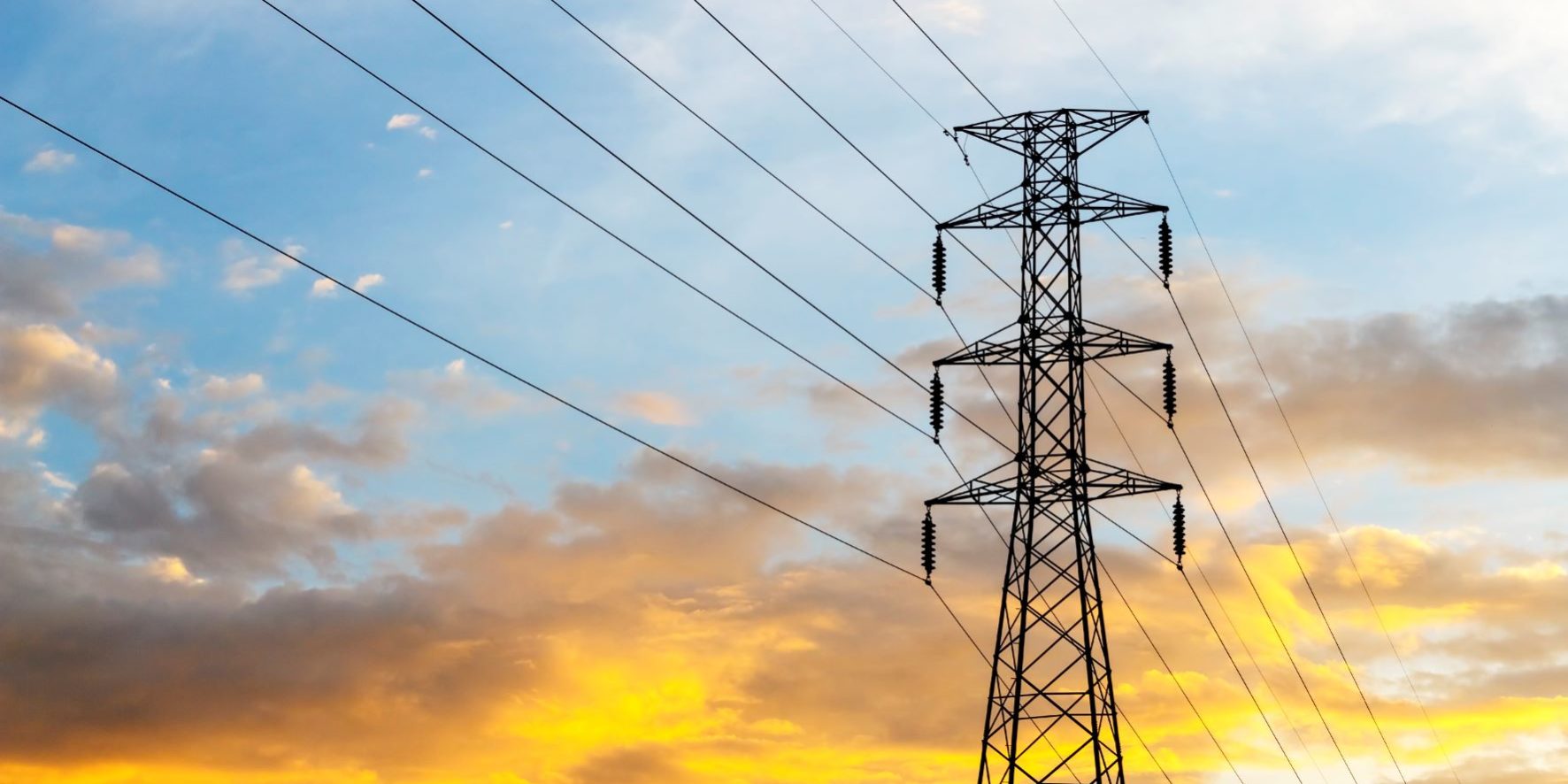 Right let’s start with the climate change bill which passed in the lower house. Many confident that it will pass in the Senate next month. What’s your take on the bill?

Well it was unnecessary. We’re all for reducing emissions. We’ve all signed up to net zero by 2050. There is no linear pathway to achieve that and we should invest in technology. But what this legislation will do is provide a weapon to those activists to be able to go to the courts and slow down any infrastructure project, whether that be a road or whether that be a farm or a park because they can weaponise this legislation and signed it, it’ll impact our commitment to net zero.

It’s also about how we achieve this. And one of the things that this government will bring in is an increase in the safeguards mechanism to 215 companies. Two of those, in fact, are the last two oil refiners in this country.

So if you think your fuel is pretty expensive now just wait till they have to start paying this. We’ve said that we should look to technology to solve this, whether that be with carbon capture storage to reduce emissions through coal and gas. It was big investments looking at in hydrogen. We have spent billions of dollars. But what the Nationals have said continuously is that if we can look to technology, then why don’t we peek over the Pacific and see what’s happening with the small scale modular nuclear technology?

We think that’s a way to reduce emissions but to firm up renewables and Chris Bowen is running around saying and I think giving the perception that renewables are going to solve it all, renewables can’t do it all and Chris Bowen needs to admit that and knows that there needs to be firming energy with it.

We’re going to spend billions on hydrogen. We might not even have to spend a cent on small scale modular and it’s not going to happen overnight. It’s technology that’s well beyond 2030. But let’s see where they get to with this and whether we can adopt and adapt.

And in some cases it is cheaper, despite what Chris Bowen is saying, that CSIRO report he’s quoting this says that say it’s the most expensive, it’s actually not. Hydrogen is the most expensive form of energy that would support renewables.

We’re looking at 21st century technology that we should look to adopt and adapt if possible. And let’s have that conversation. Let’s not yell at the Australian people, let them make their mind up with informed facts. And I hope that if we can as a Nationals start that conversation now we’ve got our coalition partners signed up to it that hopefully we can move this debate around how we give reliable energy while reducing emissions and keeping it cheap.

I think part of the debate on nuclear energy has been the concern of waste and the expense of it as well. I think the as you mentioned, the small modular reactors and so forth, and that technology looking forward is certainly on the table. But what are your thoughts on the waste for nuclear energy and the expense?

Yeah and this is the conversation needs to be had and I think Chris Bowen has been a little disingenuous to the Australian public when one when he says that he gives the impression that renewables are going to do it all, they can’t. They need firming power which is baseload power to help them work. Now, nuclear isn’t as expensive as hydrogen. We’re going to spend billions of dollars on exploring hydrogen and I’m all for looking at that if that can provide firming power. But why wouldn’t you put that alongside nuclear, small scale modular. And that CSIRO report actually doesn’t say that nuclear’s more expensive.

Hydrogen, in fact, is the difference. It gets to around $350 a megawatt/hour, ranging from 275 to 350. And nuclear small module is about 142 to 250. And there’s caveats in that report that clearly says that the technology beyond 2030 will probably could possibly bring that down.

So why wouldn’t we just look at that and have that conversation about location, about waste, and making sure that Australians are informed on that information before we make a final decision? And that’s what we’re saying. We’re not saying nuclear will be it, we’re just saying let’s put the ruler over it as we are with hydrogen and everything else, whether it’s gas with carbon capture storage or coal with carbon capture storage. What gets back to that first principle of reducing emissions, giving us reliable power and keeping it affordable, most and foremost.

So that’s the mature conversation we want to have whereas the Labor Party are just yelling and screaming at the moment. And I think there’s plenty of conversations that should be had with the Australian public about this too. Let them decide, not politicians in Canberra.

Let’s turn to foot and mouth. The ADF has been brought in to discuss foot and mouth disease with the Government on the possibility of an outbreak of the disease coming to Australia. Agriculture Minister Murray Watt mentioned that the taskforce is going to provide some urgent advice over the next month. We’re hearing a lot of farmers who are frightened by the the the thought of having to kill their own cattle and so forth. Tell us what your thoughts are on this latest announcement about the ADF?

Well, the taskforce is nothing new. That was actually in the budget that the Coalition put forward $67 million to make sure that we had preparedness on the ground here working with the states. $60 million of that is to make sure that there’s an exercise with the states somewhat hasn’t announced any new money and he didn’t announce any new money for the eight new biosecurity officers or dogs that were going to be implemented. That was part of the budget.

Murray Watt hasn’t spent an extra dollar on foot and mouth disease. And in fact, he still hasn’t administered one of the million vaccines that we’ve bought for Indonesia. They’re still sitting in a fridge.

And so there’s been four weeks of inaction with Murray Watt not putting foot mats out and letting tens of thousands of people waltz through our airports after we put that idea up he said it was absolute crap.

We’ve said, why don’t you put 3D X-ray technology into the airports in Indonesia so that our biosecurity officers can see what’s in their bags? We’re going to do it with New Zealand. Why wouldn’t we go to where the risk is? And we’ve said about a genetics genebank and we’ve said that there was $10 million in the budget that’s already there to be spent.

So Murray Watt has left a lot of confusion and anxiety because of his inaction and there is still a lot of anxiety and we still haven’t got a lens of what’s happening in Indonesia. The last briefing I had was with the Chief Vet Officer said that the curve was going up, not down. And while they might be able to say they’re containing it in Bali, there’s 22 provinces that had foot and mouth disease and we don’t have a lens of whether it’s increasing there.

So these pre-emptive measures would take away that anxiety and give confidence. Unfortunately, Murray Watt has been flat footed. The lawyer from the Gold Coast is a lovely bloke, but this might be just a bit outside his remit because you are putting at risk an $80 billion industry and you’ll be paying every time you go to the check-out. On top of that, every time you get to buy meat or dairy products, this thing hits. I can tell you it’s going to cripple not only Australian agriculture but it will cripple your wallets as well. And that’s why we’re saying the Government has just been too slow to react, whether it’s been putting vaccine in beasts or it’s been putting the preventive measures here at our borders, they just have been too slow and created a lot of unwanted anxiety.

Getting back to the vaccines, you mentioned that the vaccines are still in the fridge. Do you know why they are?

Well, that’s a question for the for the Minister. We asked in question time and got no answer whatsoever from the government. Unfortunately, they’re not being open and transparent on this. This was one of the measures that they were putting in place.

And I suspect from what I understood from what the chief veterinary officer briefed myself and the opposition later on was that they were coming from the stockpile that we held in the UK. So that was some two or three weeks ago and yet obviously still sitting in the fridge.

And that was the advice the chief veterinary officer gave to me. So it’s important that the government comes clean. And I thought they would have learned a lot from COVID 19 and giving gratuitous advice about vaccination rates that they would have at least had one of these vaccines in a beast already, but yet they’re still sitting in a fridge and we don’t know why. And they’re not coming forward. They won’t answer questions in Question Time. There’s a protection racket there that they’re not prepared to come forward with. And that’s creating the anxiety. And that’s why farmers are really concerned about knowing what’s going on and having confidence in this government. They’ve lost control of our biosecurity borders in in ten weeks of government. Just imagine what’s going to happen in two years.

But we do know that they have got vaccines administered in Indonesia already with the with the cattle and so forth. Just you’re saying –

No not from us that’s the issue. And the potency is very important, and that’s the question we want answered.

Alright we have to wrap it up. But just on a high note, the Ekka, the Queensland Royal Show, which has been running since 1876, is back after a couple of years hiatus due to the pandemic. I’m sure you going to be out there if you haven’t already. It’s the opening weekend.

We gave them some money to get them through and I think we should be damn proud and get out and go and have a look, whether it be in Brisbane or any of the capital cities, go and have a look because these men and women do such a fantastic job in promoting agriculture and connecting the city to the bush, and we’re very proud of what they’ve done.

It’s always a fun day. Thank you so much as always. David Littleproud, Leader of The Nationals.