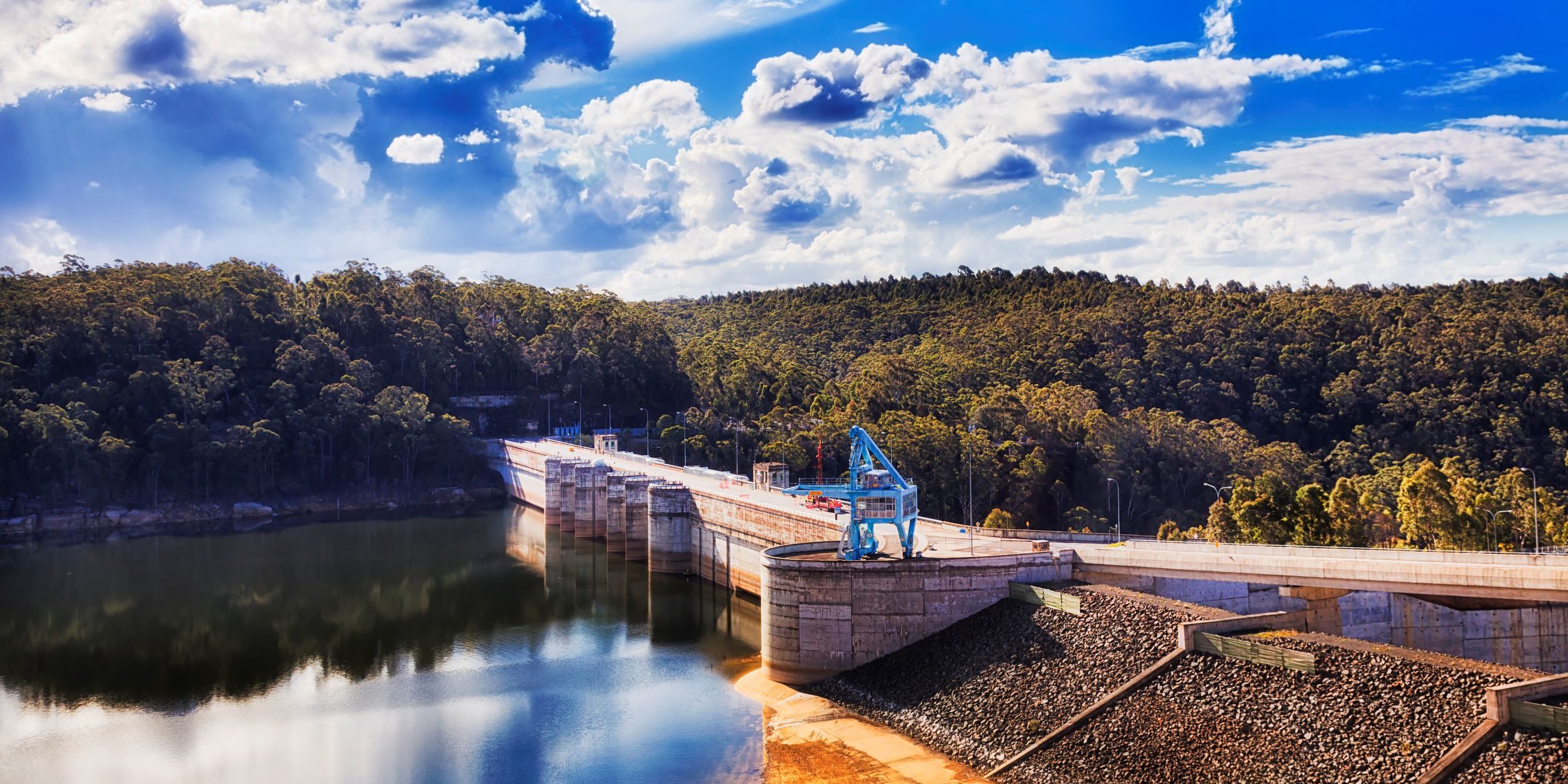 PETA CREDLIN: Less than two weeks away from the Glasgow Climate Summit, the Coalition remains bitterly divided over the Prime Minister’s plan for net zero by 2050 as an emissions target. Despite a marathon four hour meeting yesterday, the National Party is yet to arrive at a decision over the policy. For more on this, let me bring in now the man at the centre of these negotiations, Deputy Prime Minister, also National Party leader, of course, Barnaby Joyce. He joins me now from Canberra. Barnaby Joyce, as we go to air, where are we up to with these negotiations?

BARNABY JOYCE: We’re following a process that gives everybody the capacity to display, vent their issues pertinent to any path going forward, and making sure that their issues that they’ve relayed to us from their electorates are covered to the best of our abilities and by so doing, giving them the capacity to go back to their electorates and explain any positions that we might follow. This is vitally important, because in regional areas, we’re vastly more energy-intensive. As you well know, the overwhelming jobs in capital cities are white collar and energy non-intensive, but in regional areas, they’re blue collar and energy intensive. And if we don’t prudently go over this, then we’re not doing the right thing by them.

BARNABY JOYCE: It is true to say that if it’s a Cabinet decision, it’s a Cabinet decision rather than a decision in the Chamber. But what I would say as well, Peta, that Cabinet decisions, where it is quite evident that the National Party has a different view to the Liberal Party and I think probably a clear indication of that would be the single desk issue, can be something that really is a very hard time for the whole of the Cabinet.

PETA CREDLIN: Let me just jump in there. I mean, all credit to you. You are having a debate inside your party room that Liberals over the weekend said to me that they have not had inside their own party room. But I’ll go back to that point. If the National Party can’t cop net zero, if the terms of net zero 2050 don’t give you the guarantee about emissions-intensive regional Australia, but the Prime Minister wants to push it through Cabinet, what happens then? Are you walking away, or are you saying that the Prime Minister wouldn’t test the Coalition in Cabinet, that this thing wouldn’t happen if you don’t support it?

PETA CREDLIN: New Zealand, we know, have had a carve out from net zero of the agricultural sector. Have you sought the same carve out for Australian farmers?

BARNABY JOYCE: I’m not going to start ruling in and ruling out because that breaks the confidence of the room. It would stand to reason that we are incredibly focused on what was this, of the kernel that grew the National Party, which is farmers. And we’re making sure that that remains one of our key focuses.

PETA CREDLIN: No, I think my audience are well across the fact that you represent the lowest income, poorest, most people on fixed income type of electorates around the country. That’s a given. The National Party today is very different than the old Country Party that really just stood for the squatter. Very different beast today. I guess the question I’m going to ask you is you are the last point, though, in the Coalition’s story on emissions reduction, emissions reduction, but sensibly, with a mind to the economy as opposed to a Labor policy, and what you’re looking like you’re embarking on right now is everything you implored the Coalition base to vote against at the last election with Bill Shorten. Have you got nuclear power, for example, as a deal breaker here? Have you seen costings, Barnaby Joyce? Do you know what net zero will cost?

BARNABY JOYCE: It would be disingenuous of me to say that I’m not a supporter of nuclear power, I always have been. But it’s also a statement of the bleeding obvious that the Labor Party, they know that if they had a bipartisan approach to this we could do that, but they choose not to. So the Labor Party talk about, they’ve basically said they’re going to sign up for net zero emissions, they’re going to legislate it. I don’t know how they explain it to the people of Muswellbrook or to Gladstone because they’ve really just legislated away their jobs. The reason I say that is if they can’t reach their target, then what gives? We’ve got to make sure that that is not what happens in any alternatives –

PETA CREDLIN: I’m not asking you what’s in them but I’m asking you, have you seen the financial costings?

BARNABY JOYCE: I’ve seen a range of stuff pertinent to plan and I’ve also seen costings that have come in independently. I’ve seen the issues pertinent to the plan that the Prime Minister is taking forward and I’ve also seen alternate costings and alternative analysis of what this means. I think that’s part of the deliberation. We don’t just accept one view, we go out and seek a range of views. And modelling and costings I always say, is a little bit like, people believe they’re a message from god. They’re merely an opinion based on a premise that is taken forward. What you should really do is ground truth issues. For instance, when they say that coal exports are going to dwindle, that fact is completely bumpkin. When you look at Gladstone Harbour, Hay Point, Newcastle, we’re selling more coal at a higher price than we ever have before.

PETA CREDLIN: Now I ask about costings because the Prime Minister promised them at the start of the year.

BARNABY JOYCE: Once more, I’m not going to go into the point of what is not in the public realm what I may or may not have seen of the Prime Minister’s in a private realm, under Cabinet and under any sort of Cabinet confidentiality. What I can say, because it’s not Cabinet in confidence, is I’ve seen alternate costings. I’ve most definitely seen that. I’ve sat down with senior members of my party to discuss the pertinence of those costings to any decision that we make and how it guides any process that we undertake, which we are doing. When they say “Holding the Government ransom”, we don’t intend to do that. We do intend to come forward and say, “Well, this is our position and we respect that people accept it or not”.

PETA CREDLIN: Someone said to me over the weekend, that the Prime Minister has sort of allowed the National Party a bit of rope to go out here and have this faux fight, if I can call it that, that in the end, the Cabinet will make the decision, you can have these negotiations. But in the end, you will roll over. How true is that?

BARNABY JOYCE: No, that really annoys me when people say that. The Prime Minister is the Prime Minister of Australia, and we respect that office completely. He’s the leader of the Coalition by reason of a Coalition agreement, but he is not the Leader of the National Party and I’m not the Leader of the Liberal Party. There are two separate parties. They have two separate agendas, so nobody is giving anybody any rope. We are fulfilling what we are sent here to do as members of the National Party, as also with the members that come from the LNP. We reflect strongly back on the statements of our branch members. We listen to our branch members. We listen to the issues that happen on our streets and in our towns. Same with the CLP. It’s not a case of anybody granting us any rope. People can decide to grant you rope or not. It’s irrelevant to the deliberations that we take part in. We do not go about them in a militant way out of courtesy for the Australian people and trying to have cohesive government and to not have any form of insinuation of grandstanding or ransoms or anything like that. But we will be absolutely diligent. I think the Australian people have seen that. The Nationals are not either rolling over. We will come forward with something that represents, not so much just our own personal views, but the views of the people who sent us here to Canberra, and I think that might be one of the issues that you’re referring to before, and I hope other parties do the same.

PETA CREDLIN: Right. I’ll leave it there. Barnaby Joyce, the point I was making was that there are a number of people out there who think the Cabinet will make this decision anyway, that was confirmed by the Prime Minister in Question Time today. And this is all just a bit of theatre to try and keep Conservatives and National colleagues in the tent. But we’ll see that in, what? A couple of days before you land on the final decision, when will we have a final decision?

BARNABY JOYCE: That’s once more the remit of the Nationals Party. But I hear what you’re saying, what you’re saying, because obviously you’re completely crossed it is correct. That decision of Cabinet is not a decision that comes to a vote or has anybody crossing the floor. I’ll add to that, a decision of Cabinet that is quite obviously and publicly known does not carry the views of Cabinet Ministers, has a couple of outcomes and as you would know, some of them are not what you want for harmonious government.

PETA CREDLIN: All right, I’ll leave it there. We’ll see what happens in the next, well it could be 24 hours, it could be a couple of days. Barnaby Joyce, I really appreciate your time.