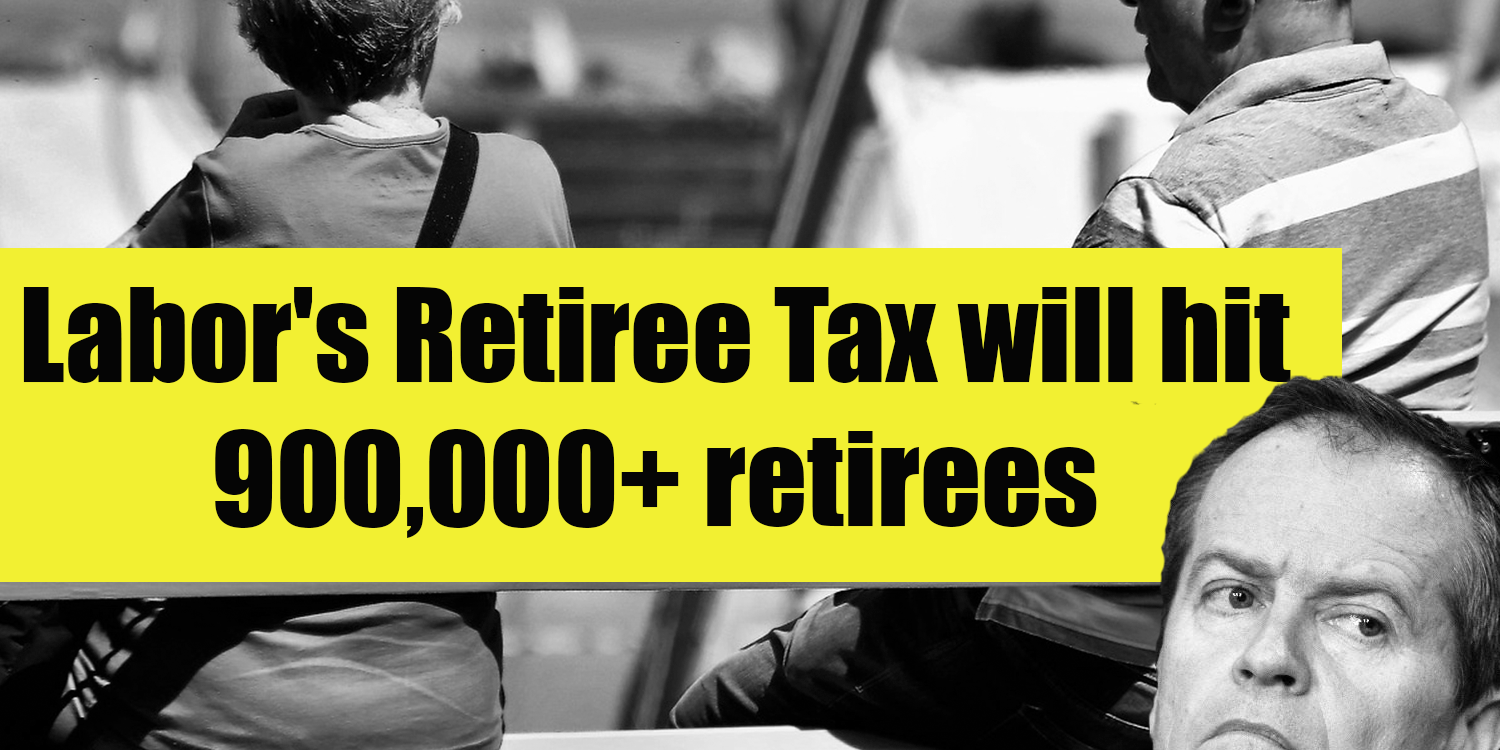 When retirees and low income earners get a refund on share dividends, it’s because the tax has already been paid by the company.

Labor would change the goal posts. They would punish those who work hard and save for retirement.

This is short sighted and would lead to more people relying on the Age pension.

In the words of one retiree: “Why bother working hard and saving for retirement. I might as well spend and enjoy life and go on the pension.” (The Australian, 18/10/2018)

‍Most people who would be affected are not wealthy:

Around 50,000 pensioners will be affected:

Under Labor’s Retiree Tax, high income earners would still get the full benefit of franking credits. Those with lower incomes lose.

Furthermore, most union aligned industry super funds would be unaffected