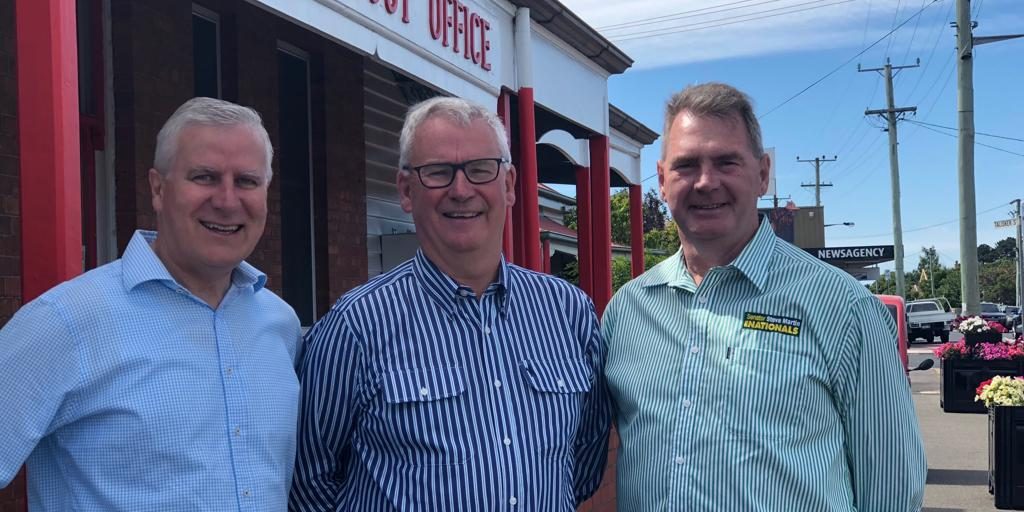 The new voice for regional Tasmania has been strengthened this week with The Nationals announcing a candidate for Bass today.

“Carl Cooper is exactly the sort of candidate The Nationals need in Tasmania,” Mr McCormack said.

“He grew up in the region and had a successful career in community pharmacy and is now farming, which brings him into contact with people across Bass.

“I have known Carl for many years and know what a champion he is for country people and making sure we get the services and infrastructure we need, as well as taking action on lowering the cost of living locally.”

Mr Cooper said his work in allied health, as an educator and as a farmer gave him a great understanding of the needs and aspirations of local people as well a passion to help them.

“I want to identify and prosecute the case for the right to live and maintain a reasonable quality of life in regional Tasmania,” Mr Cooper said.

“Carl and I joined The Nationals for the same reason – we share a passion for all of Tasmania and want to make sure local people get a fair share, whether they live in Launceston or on Flinders Island,” Senator Martin said.

“That is something the incumbent Labor MP has conspicuously failed to fight for and it is something only Carl – as the electorate’s first Nationals MP – will address with passion.

“We’ve found The Nationals’ message of getting a fair share for Launceston and all of regional Tasmania is resonating very strongly with locals of all political persuasions.

“They don’t care too much about the politics. They just want a local champion who will fight for them and their community and they’ll certainly get that with Carl Cooper.”

Mr Cooper traces his Tasmanian origins back to 1855. Carl and Mandy Cooper run sheep and cattle on a West Tamar Property between Launceston and Beaconsfield. He is also a consultant pharmacist and has been involved with the University of Tasmania’s Rural Health School.