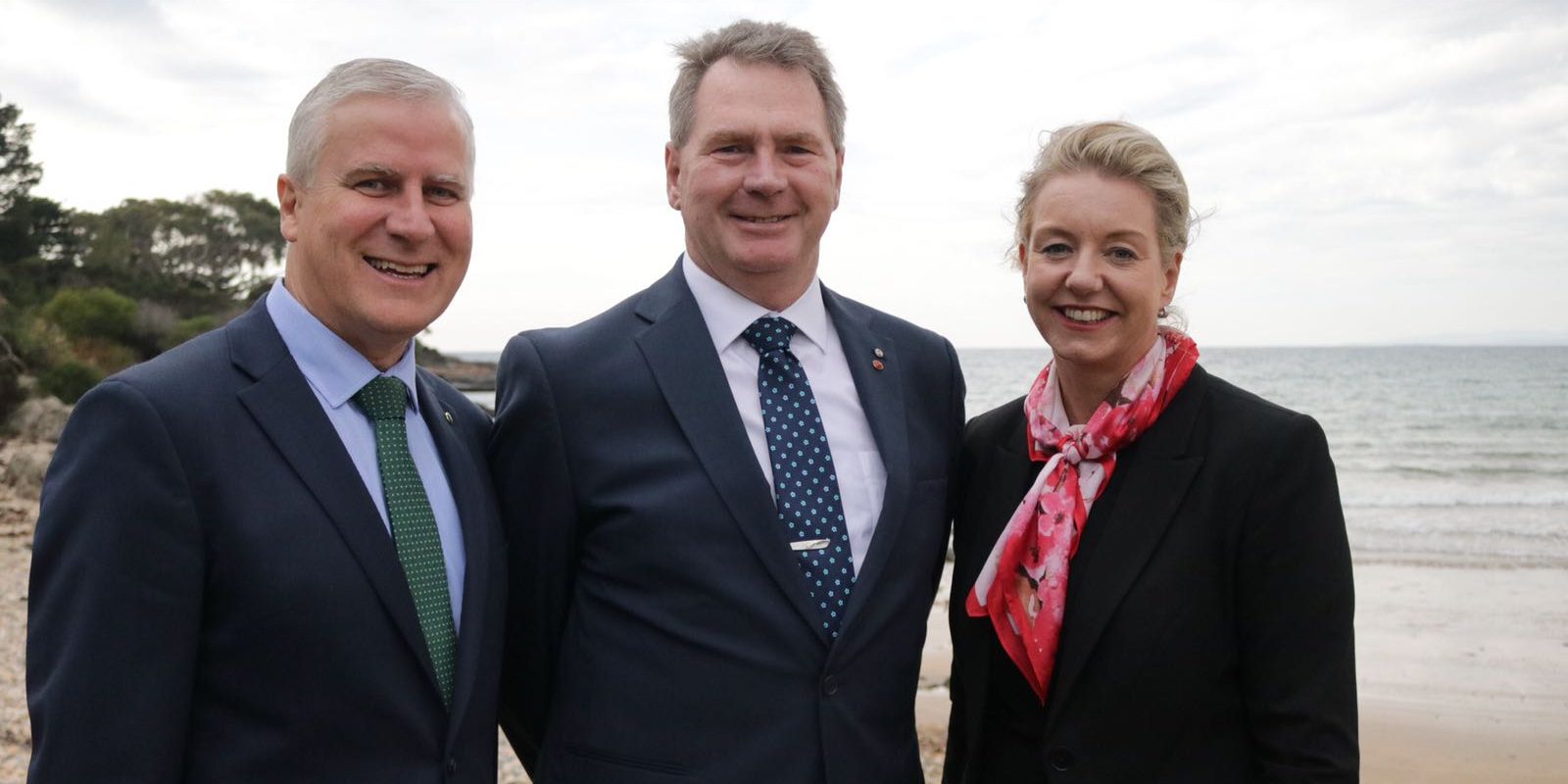 In a big win for the people of Tasmania, Senator Steve Martin has today joined The Nationals, giving the State another voice for regional communities in Government.

Nationals’ Leader and Deputy Prime Minister Michael McCormack, who welcomed Senator Steve Martin to the party in Devonport today, said his small business, Local Government and agricultural background was a natural fit for The Nationals.

“Steve’s many years running his newsagency, restaurant and as the popularly-elected Mayor of Devonport is exactly the sort of experience Nationals’ members bring with them to Parliament,” Mr McCormack said.

“It is clear Steve is passionate about Tasmania’s agricultural sector, backing small business and helping country families get ahead, and I am really excited he will be part of our team which is focused on delivering for regional people.

Senator Martin’s decision to join the party makes him the first Tasmanian member of The Nationals’ party room in more than 90 years.

“Today is an historic one for The Nationals and I look forward to working with Steve as he uses his passion and experience to add another voice to our team,” Mr McCormack said.

Senator Martin said he was excited to join The Nationals.

“I’m proud to be part of history, as the first Nationals’ Senator for Tasmania,” Senator Martin said.

“Having been a community volunteer and small business owner, one of my core reasons for entering federal politics was to help strengthen Tasmanian communities and businesses. Joining The Nationals and re-launching the party in Tasmania will help to achieve that vision and deliver better results for Tasmanian people and our businesses.”

The Nationals’ values and passionate focus on the regions was key in Senator Martin’s decision.

“I was impressed by The Nationals’ genuine representation of rural and regional Australians, their focus on team-work and people, so it was a natural choice,” Senator Martin said.

“In Tasmania, agricultural industries like horticulture and aquaculture are vitally important to the economic prosperity and strength of rural communities and I want to see them grow and prosper.

“So it made sense for me to go with The Nationals who share the same values – they are a good natural fit to pursue my political beliefs.

“Tasmanians are looking for better representation of rural and regional issues in Canberra – not just in agriculture but also education, health, transport and infrastructure – and The Nationals offer the best choice.

“The Nationals provide strong representation for rural and regional Australians – especially farmers – because they are one and the same.”

Senator Martin confirmed he will sit with the Government and help establish The Nationals in Tasmania.

“I think we can gain a strong foothold in Tasmania and I’m looking forward to working with my new colleagues within the Liberal and Nationals Government to deliver better outcomes for all Australians,” Senator Martin said.

“There is no deal to get me to join The Nationals. However I would anticipate being the number one Senate candidate at the next election for The Nationals.”

Senator Martin’s addition to The Nationals’ party room is the first from Tasmania since 1927 and is the first Tasmanian Senator in the party’s history. There were three lower house MPs from Tasmania in the 1920s, including the inaugural Leader of the Country Party, then-Franklin MP William McWilliams.