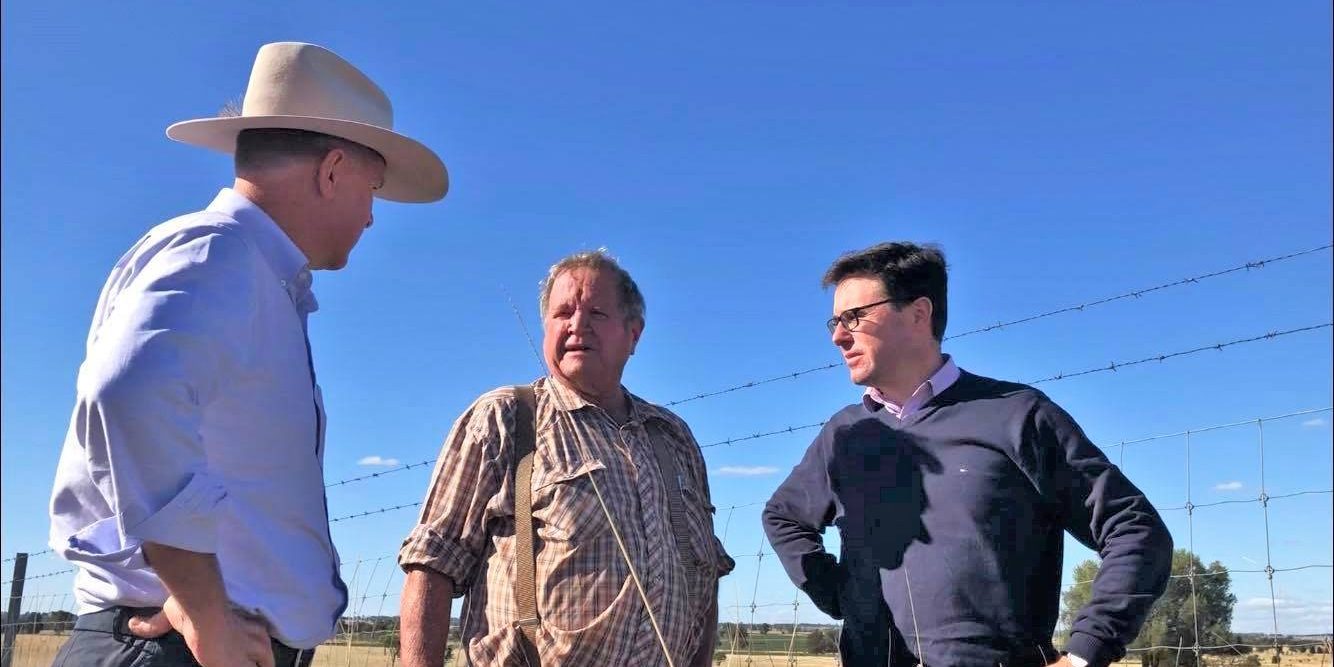 Direct assistance and concessional loans to aid drought-stricken farmers across the nation will increase to $1.8 billion as part of the next phase of the Coalition Government’s drought package.

The Liberal-Nationals Government has today announced additional funding for local infrastructure in drought-affected areas, new tax breaks for farmers, the appointment of a National Drought Coordinator and low-interest loans as part of the next phase of our drought response. The Government will also simplify the application form for Farm Household Allowance.

The Government stands shoulder to shoulder with our farmers to ensure they can survive the severe and widespread drought that has affected so many. Our farmers are the backbone of the nation, providing the produce all Australians rely on.

We have appointed Major General Stephen Day, DSC, AM, as the National Drought Coordinator.

Major General Day will engage across all levels of government, the private sector, philanthropic organisations and with communities and farmers.

He will work with government to facilitate coordination of service delivery, including the Drought Commissioner in NSW, Drought Commissioners in Queensland, the Farm Liaison Officer appointed by the Department of Agriculture and Water Resources and relevant agencies in other states.

Under the next phase of our drought assistance policy:

Today’s announcement comes after extensive and continuing consultation, and responds to what farming communities have told us. It will increase economic activity in drought-stricken communities and provide farmers with the opportunity to better drought-proof their properties.

The announcement comes on top of the $576 million in drought support already announced by the Turnbull Government, including $190 million in lump sum payments for farming families to pay household bills.

Farmers will be better placed to invest in fodder storage as part of the instant depreciation initiative. This measure will be available for fodder storage assets first used or installed ready for use from today, and complements the $20,000 instant asset write-off already available for small businesses. Legislative changes will be made to give effect to this measure.

The expansion of the Drought Communities Programme will enable $1 million to be provided to 60 councils initially, with further support available if needed. The programme guidelines will be broadened giving councils flexibility to choose projects that have the biggest impact. These can include employing local contractors to undertake repairs and maintenance, upgrading or building new community facilities, undertaking drought-relief activities and carting potable water into communities for drinking and bathing.

We have bolstered our processing staffing levels to ensure farmers will be supported when applying for Farm Household Assistance. There will be increased phone access capacity allowing farmers to complete a claim over the phone, and we will simplify the process for farmers who are not able to claim online. Fewer documents will be required to make a claim. For example, where possible the balance sheet or tax return for a farm business will be used to source information.

Just as the drought evolves so must our policies. There is no place for set and forget. We will continue to engage with farmers to ensure our drought response meets their needs.