$3.9 MILLION BOOST FOR BASKETBALL IN IPSWICH 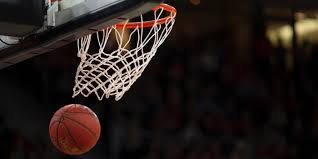 $3.9 MILLION BOOST FOR BASKETBALL IN IPSWICH

A re-elected Coalition Government will continue to deliver for grassroots sport with a $3.9 million commitment to strengthen the future of basketball in Ipswich.

Ipswich Basketball is the third-fastest growing association in Queensland. Its current facility no longer meets the demands of the growing popularity of basketball in the region.  The funding would allow the organisation to extend its existing facilities to deliver additional local club games for more members.

“Sport helps communities come together, particularly after a difficult period during the pandemic, and also has huge benefits for both physical and mental health,” the Deputy Prime Minister said.

Minister Colbeck said this was another example of the Coalition Government’s commitment to delivering for grassroots sport.

“As we continue to navigate the impact of the pandemic, we understand now more than ever how local sporting clubs can bring people together and strengthen communities,” Minister Colbeck said.

“This significant funding boost would help secure the future of Ipswich Basketball.”

Senator Paul Scarr said the strength of the club was a reflection of players, staff and management.

“I would like to pay tribute to the management, players and sponsors involved with Ipswich Basketball for the incredible contribution they make to the local community,” Senator Scarr said.

For the first time ever in 2022, Ipswich Basketball has had to access second and third venues to deliver local junior club competitions and representative team trainings.

LNP Candidate Sam Biggins said the Ipswich Basketball Association is an important part of the growing community and makes a significant contribution to the local economy.

“It will also mean the club can attract both state and national championship events, as well as enable collaboration with other sporting codes, including netball,” Mr Biggins said.

Only the Coalition Government will continue to deliver for Blair as part of our plan to build a strong economy and a stronger future.