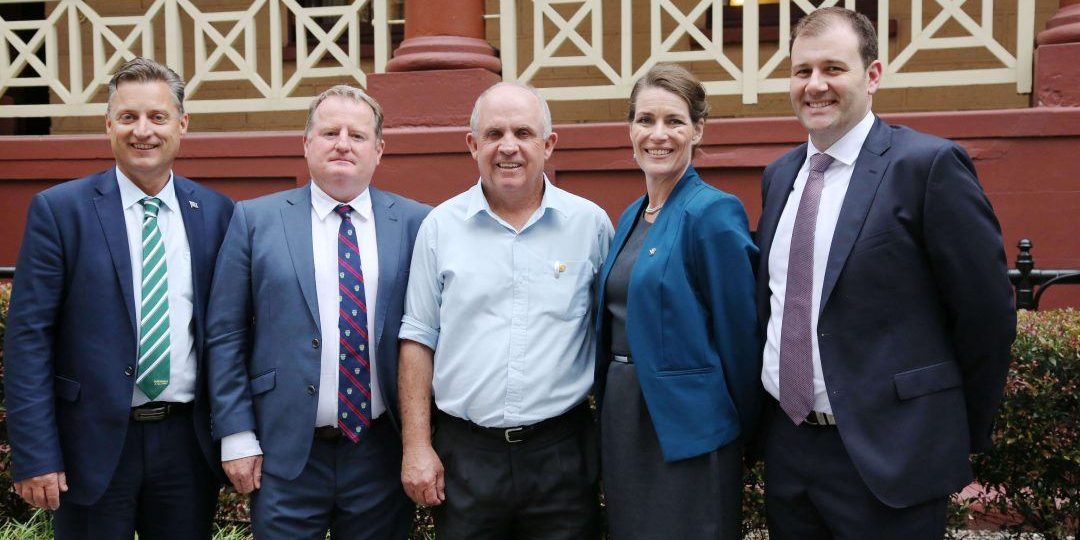 Conargo businesswoman Perin Davey will lead The Nationals’ Senate ticket in New South Wales at the next election following a preselection of grassroots party members today.

Welcoming Ms Davey to The Nationals’ team, Nationals’ Leader and Deputy Prime Minister Michael McCormack said her varied experience and practical skillset will be an asset.

“Perin is a passionate advocate for rural and regional families, especially farming families, and brings a commonsense approach to politics, which will be an asset to our team,” Mr McCormack said.

“I have worked with Perin for many years across southern NSW and have seen firsthand the passion and dedication she has to making sure country communities are vibrant places in which to live, raise a family and do business.

“Her involvement with local school, sporting and arts organisations, as well as extensive experience in the critical water industry throughout the Murray Darling Basin, will help Perin bring a unique and fresh voice to our discussions.

“I am excited to have Perin join the team and look forward to continuing our work together across country NSW.”

Deputy Nationals’ Leader Bridget McKenzie said Davey, who runs her own business and is raising a family with her husband John, continues The Nationals’ tradition of preselecting candidates with real life experience.

“From small business to farming to families, Perin brings yet another strong and passionate Nationals’ voice to the team,” Senator McKenzie said.

“She has not been afraid to have a go, start her own business and support the local community in rural and regional NSW. These are exactly the values we Nats bring to Parliament and her varied life experience will bring even more depth to The Nationals’ team in the Senate.”

The Nationals also acknowledged the strong contribution and service of John “Wacka” Williams who will retire at the next Federal election.

“Elected to the Senate in 2007, “Wacka” has earned a deserved reputation as an outstanding fighter for regional Australia whose hard work and life experience gave him a real understanding of regional people and their communities,” Mr McCormack said.

“His life experiences before entering politics through working on the land in farming and in small business ensured his attitude to politics and policy reforms remained well-grounded and delivered invaluable pragmatic insight to not only his party but also the Australian Parliament.”

Senator McKenzie said Wacka was a champion for regional people in the Senate.

“Over the past decade Senator Williams has championed many issues on behalf of Australia’s farmers providing results in areas such as fairer competition and improved marketing leading to reforms, including protections against the market dominance of the two major supermarkets,” Senator McKenzie said.

“He has also called for a Royal Commission into banking since the start of his career; spoken out to force changes in the attitude and behaviour of the big banks in areas such as unfair financing and lending arrangements; and played a key role on numerous parliamentary committees.

“Senator Williams has also been at the forefront of championing the rights of small businesses and tackling issues concerning the transport sector, with a focus on safety and efficiency improvements for truck drivers.

“This is a dynamic team for regional NSW and I am exited to join them in communities big and small around the state in the lead-up to the next election,” Mr McCormack said.