You are here:
Speeches 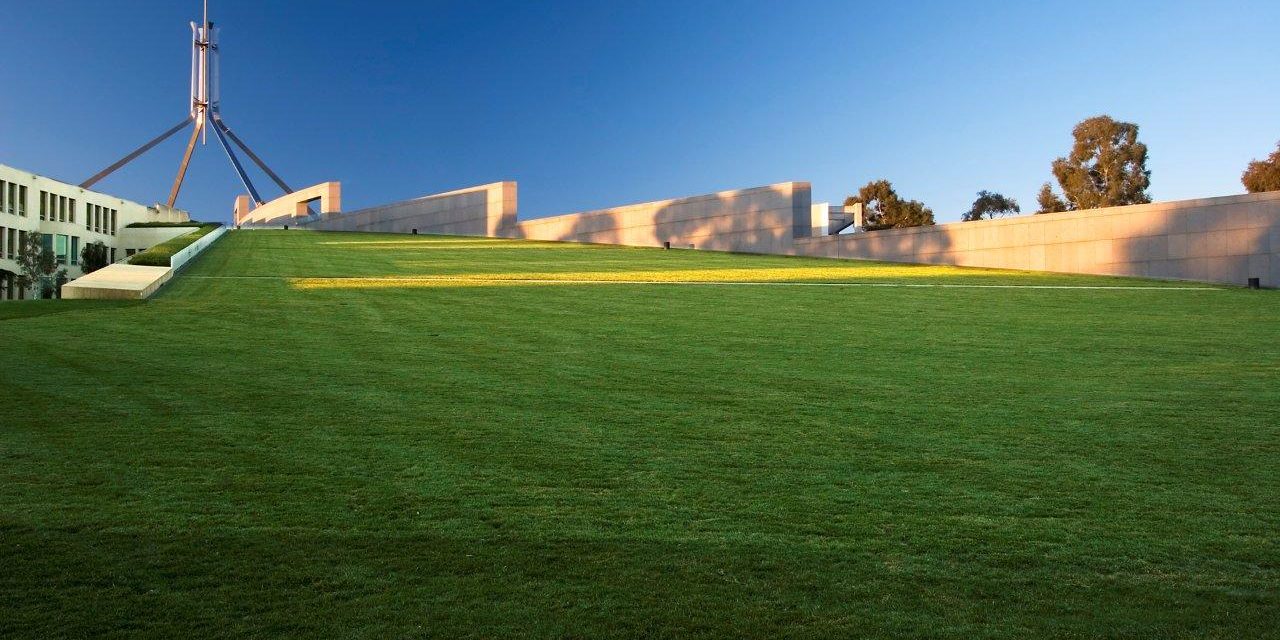 Thank you very much, Mr Speaker.

As Leader of The Nationals, I extend my appreciation to the Prime Minister, the Deputy Prime Minister and the Leader of the Opposition, and join with their telling tributes to the life of Her Majesty Queen Elizabeth II – Queen of Australia and Head of the Commonwealth.

Firstly may I say that The National Party of Australia unites with millions of Australians in sending our heartfelt condolences to the Royal Family, to whom Her Majesty was a beloved mother, grandmother, and great-grandmother.

My reflections today will focus largely on the unique role Her Majesty played in the hearts of millions of Australians that live outside of our capital cities.

Since passing away peacefully at the age of 96, Australia has mourned the loss of a truly exceptional leader – a monarch who had a real, profound, and enduring affinity with our regions.

Over these past 14 days, we have seen magnificent and powerful tributes in honour of Her Majesty.

We have witnessed our nation come together in the spirit of unity, on a scale that has been truly remarkable.

We have seen public outpouring of grief and admiration through an avalanche of touching condolences, breathtaking spectacles and solemn beauty.

We know that Australia shared so much with Her Majesty. Indeed, it was during a visit sixteen years ago where she memorably said that:

“As Queen of Australia, I have always felt a special bond with a people whose creative energy and collective ambition is leavened by genuine warmth, generosity and humour”.

But that bond gets stronger as we go out to our regional towns. Throughout her life, regional Australians have celebrated Her Majesty in many different ways.

Be it in our town halls, our schools and even our pubs — it is heartwarming that you could be in Mildura, Geraldton or even Whyalla and spy a solitary portrait sitting on a wall.

This is often a small yet strong tribute that can embody a community’s sentiment without anything needing to be said.

Her Majesty Queen Elizabeth II was a shining light of great hope but also comfort for communities across regional, rural and remote Australia.

In the midst of regional Australia’s toughest times Her Majesty provided many messages of support and strength. These efforts showed her true kindness, humanity and leadership.

Across the 16 royal visits to Australia and accompanied by His Royal Highness The Duke of Edinburgh — Her Majesty graced towns across the regions more than 60 times.

In a stunning display of affection for our land, in the incredible Royal Tour of ’54 — the first ever by a reigning monarch, the Queen and Duke of Edinburgh called through 35 regional towns alone.

And many of these towns were lucky enough to get a second visit.

These occasions took many different formats and held many a different tone.

Some of these were showcases and celebrations.

Some were deeply sombre ceremonies — marks of respect and remembrance.

Yet almost all of these moments were simply a dream come true.

They were real life story book moments that did not matter if you were a small child in Coffs Harbour or a middle aged bloke in Mackay – this was an opportunity to get a glimpse or even meet The Queen!

And, in perhaps the greatest testament to how Her Majesty will be remembered by the regions — we are left with stories from each of these visits that she was certainly more than engaged with everywhere she went.

In my own electorate of Maranoa, Her Majesty went through Cunnamulla and Longreach — twice.

Dan Walker, or Outback Dan as he is more commonly known, tells the story of the visit to Camden Park Station in Longreach:

“On April 15 1970, The Queen arrived in her Rolls Royce and it was my dad’s job for the day to ensure the drive way leading into Camden Park Station was graded so the Rolls wouldn’t bottom out!

People came from as far as Roma, Rockhampton and Mt Isa to attend a luncheon hosted by the Matron of the local hospital.

The Matron sat with the Queen, introducing her to the dignitaries and over lunch they discussed issues regarding rural women, their lifestyle, the community and what they had been able to pioneer while Prince Phillip mingled amongst the men.

Her majesty marvelled that it was the only place she had been to in the world where she should actually see 360-degree views without a man-made structure in sight.

One of the reporters from the travelling media pack thought she’d visit the local pub to ask the locals what the visit meant to them personally.

All they could talk about was the chair Her Majesty sat in and what they were going to do with it.

The chair was nicknamed “The Throne” and can be found at the Homestead to this very day.”

Her Majesty returned to Longreach in 1988, our bicentennial year, to officially open the Australian Stockman’s Hall of Fame – just one of the many projects she opened that have meant so much to our communities.

But there was one small problem.

There were only 30 motel rooms in Longreach back then. Visitors brought their own swags and tents and simply did what we do best in the outback – they camped out.

It’s reported that more than 12,000 people came to Longreach for the occasion.

These are just some of the stories that have been swapped and passed down through generations and will do so for generations to come.

And they occur right throughout our wonderful regions — in Dubbo, Benalla, Broken Hill, Armidale, Orange, Shepparton, Swan Hill, Broome, Cooma — or as the Member for Hinkler has recently retold — the story of Her Majesty’s visit to Bundaberg!

Our royal visitors were to spend two hours in Bundaberg. But this two hours captivated the region.

There were days upon days of rehearsals that even included intense practice and scrutiny on handshakes.

This was also set to be the first time that children were to take part in a civic reception in Queensland.

As recalled recently by BundabergNow:

“the local newspaper, in the 40 days before the visit, had published 57 articles about the forthcoming event, and the week before her visit the paper published daily hints for residents on how to cope with the whole experience.

A full-scale dress rehearsal was held at the Bundaberg Showgrounds days before the royal visit, and the complete royal reception procedure was run through numerous times until it was faultless.

Ten trains arrived in Bundaberg early Thursday morning, from Maryborough, Gympie, Isis, Monto, Kingaroy, Morganville, Mt Perry and Gladstone, with more than 5000 people on board and most had returned home by 9 pm that same night.”

In the end, over 30,000 people pooled into the Bundaberg Showgrounds that day.

Legend has it that Her Majesty also took an interest in the making of a certain local tipple and asked the Mayor Fred Buss if he enjoyed it.

The Mayor was never one to miss an opportunity, and replied that he did but that it was too expensive and cost one shilling a nip when it should only cost a penny, because of the excise duty from the Government.

Years later, Her Majesty’s son – our now King Charles III visited the Bundy Rum Distillery and blended his own rum.

Perhaps His Majesty had been given the heads up.

But there were visits where Her Majesty also marvelled at our great regional challenges and the practical innovations that our communities have used to overcome them – after all Her Majesty famously joined the Auxiliary Territorial Service – learning how to drive and how to service an army truck.

In 1963, visits to Snowy Hydro and Eucumbene Dam and then up north to Kununurra and Diversion Dam.

In 1970, visits to the Royal Flying Doctor Service Base in Mount Isa and a visit to the Mount Isa Mines.

But this interest and fondness was not a one way street. Our communities worshipped these occasions.

Just about every visit shares a similar picture — usually spacious and comfortable country main streets are flooded with thousands.

This fondness is also reflected in our communities through our Royal Agricultural Shows. Entry and participation into these shows has been traditionally a chance to showcase a regions ’finest for judging as a prize suitable for The Queen.

In the Member for Riverina’s electorate — in 1954 Her Majesty attended the Wagga Wagga Agricultural Show — observing the wood chopping and wool classing. Yet again, thousands lined the streets and it has been heralded as “Wagga’s Greatest Day”.

And these moments have been preserved by our towns. When Her Majesty visited the Member for Capricornia’s electorate, there were two chairs made especially. Elegant, stylish and of course looking very comfortable – they were there for them to sit outside the Rockhampton Town Hall. They are now on display at the Rockhampton Museum of Art for all to see.

There are countless yarns.

And, of course, some of those stories shared might not be entirely true.

But some that no one would happen to believe did in fact happen.

That is the beauty of legend.

And that is the beauty of our regions.

That they — the people who make up the very soul and identity of our nation — in their own backyard — shared their own unique moment of history with a legend.

Regional Australia will be devastated by Her Majesty’s passing, but can take great comfort knowing she is at peace.

Moments in history like this are an occasion for deep reflection, and as we reflect on Her Majesty’s life, what we see is an incredible record of service, sacrifice and accomplishment.

As Australians, it is worth remembering how blessed we are to live in a society which is defined by a set of core, fundamental principles which have built our Nation into what it is today.

Australia is the lucky country and part of that luck has been due to the fact Her Majesty has been able to reign over us. The stability Her Majesty has provided has improved the lives of many.

Freedom of speech, the freedom of conscience, and a free, robust democratic system of government – we owe these values to the United Kingdom, and Her Majesty was the proud and living embodiment of them.

And it is by staying true to these values as Australians, that the memory of Queen Elizabeth II will always live on in our hearts.

This is a sad time as we now say a final goodbye.

And goodbyes are always hard.

But as we grieve, to Her Majesty we also say thank you. Thank you for your remarkable leadership.

Thank you for your immense contribution to our nation and our history.

For your love, loyalty and sacrifice.

Mr Speaker, I would like to finish by quoting a message of condolence that was left in my electorate office in Dalby from Mr Arthur Coutts:

“To their royal highnesses

Our deepest heartfelt sympathies to you all on the passing of Her Majesty Queen Elizabeth II.

I had the honour of serving as a soldier under her and took pride in my service for her.