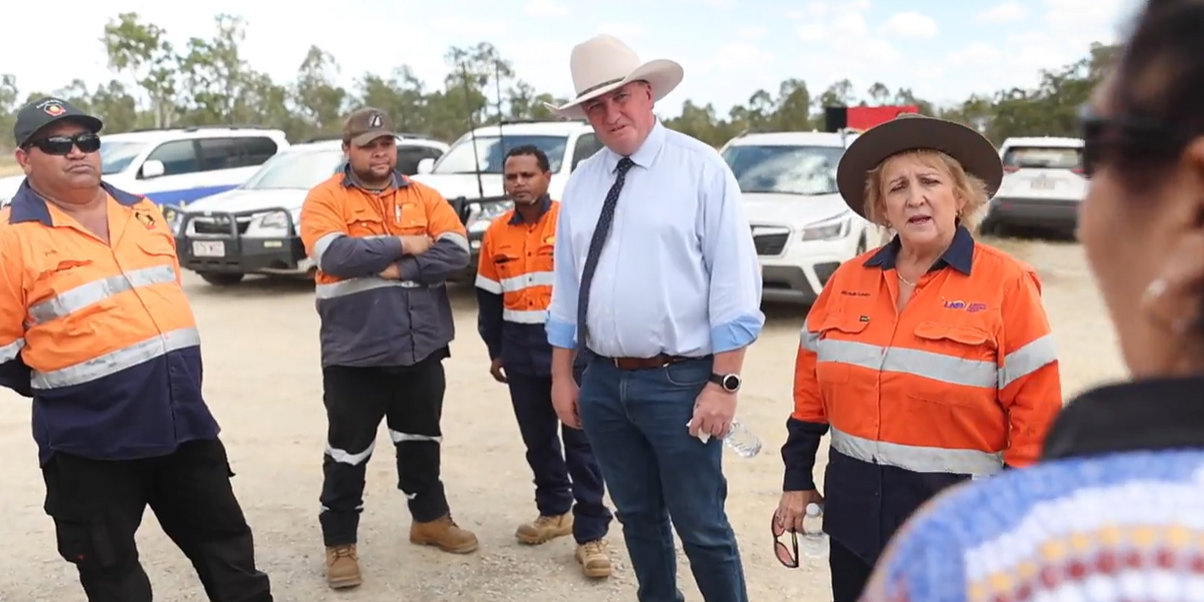 Deputy Leader of the National Party

Minister for Resources and Water

Construction is underway on the Olive Downs coal mine in Central Queensland thanks to the support of the Australian Government, sparking a jobs boom and creating new economic opportunities.

In major boost for the resources industry and our economy, the first sod was today turned on Pembroke Resources’ new metallurgical coal project, near Moranbah.

With the Greens pledging to ban all new money-making, job-creating resource projects under a power-sharing deal with the Labor Party, the Nationals and Liberals are continuing to stand behind the industries that underpin regional Australia and drive our economy.

New forecasts, released on Monday, show Australia’s combined coal export earnings are tipped to rise to about $110 billion in 2021–22, making coal only the second export commodity to earn more than $100 billion.

The Olive Downs mine will significantly increase Australia’s export capacity, delivering more high-quality coking coal to international buyers and generating up to $10 billion in economic activity over its life.

Up to 700 jobs will be created during construction, the majority in Central Queensland, with an estimated 1,000 positions required at full production, expected in 2023.

The Government fully backs the project, with the Northern Australia Infrastructure Facility (NAIF) providing a $167.5 million loan to support the mine’s first stage of development which includes rail and transmission lines, water pipelines, access roads and a coal-handling preparation plant.

“To become as strong as possible as quickly as possible, we must produce and sell more of the products that create wealth,” the Deputy Prime Minister said.

“Coal is one of our biggest export earners and a significant economic driver, helping pay for services such as our Defence Force, the NDIS, and hospitals and schools.

“If we don’t put coal on boats, Australians must choose which services and opportunities they don’t want because without that income, our nation will become weaker and poorer.

“The Labor-Greens alliance would have Australians believe the coal industry is evil, but in reality it is the mechanism by which we grow our economy and become stronger.”

Minister for Agriculture and Northern Australia David Littleproud said this reaffirms that the Government is showing strong leadership and creating the right environment for business to get on with the job of growing the north.

“This project will help ensure this important region continues to thrive with infrastructure that attracts and retains people in regional and rural Australia,” Minister Littleproud said.

“We want the people who take up these jobs to live in Central Queensland and become fully part of the community.”

Minister for Resources and Water Keith Pitt said the new mine is a positive sign of the industry’s long-term confidence in the coal sector.

“The fact is the world will need our coal for many more years to come and I congratulate Pembroke for pushing ahead with this important project that will create regional jobs for Central Queensland and provide economic opportunities,” Minister Pitt said.

“I’m encouraged that there are dozens more new coal mines in the project pipeline for Queensland but a Labor-Greens alliance would destroy the industry and thousands of jobs.

“Queenslanders should be very concerned about the Greens’ demands to provide support to Labor in a minority government that include cancelling billions of dollars’ worth of planned coal projects in the state and even withdrawing approvals for any new projects that haven’t yet started.”

Federal Member for Capricornia Michelle Landry said the Olive Downs mine will further drive the success of the resources industry in Queensland.

“In Capricornia during the 2019-20 financial year, the resources industry contributed around $1.1 billion in wages paid to 7,335 full-time jobs, with $4.5 billion in royalties shared across Queensland,” Ms Landry said.

“Around $2.7 billion was also spent on goods and services locally, benefitting around 1,306 local businesses.

“The resources industry is alive and well in Queensland and the start of another project will go a long way in assisting the state as we move into a post-COVID-19 economy.”