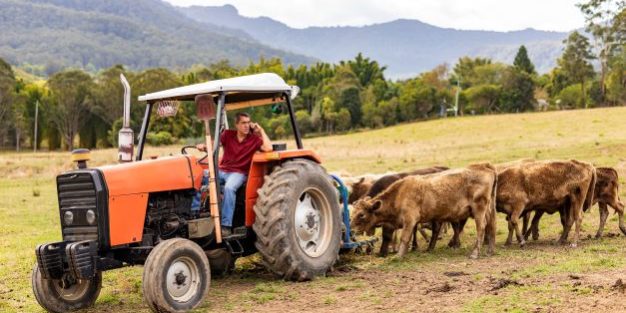 The first 100 days of a Federal Labor Government has seen cuts, inaction and delays in a worrying sign of things to come for Australian agriculture as cost of living soars, the skills shortage bites and interest rates continue to climb.

Leader of The Nationals David Littleproud said in 100 days the new Labor Government had scrapped the Ag Visa, committed to banning live sheep exports, reopened the water wars and been too slow to react to the threat of foot-and-mouth disease (FMD).

“In responding to an $80 billion FMD threat to our economy, Labor took over four weeks to put in foot mats at airports, allowing tens of thousands of people to waltz through our borders from Indonesia despite our calls,” Mr Littleproud said.

“They have still failed to offer 3D X-ray technology to Indonesian airports and failed to ban returning travellers from carrying food from Indonesia.”

“The measures were all necessary, particularly when the Federal Government’s one million vaccines for Indonesia have only just arrived a shameful almost seven weeks after they were promised, with none actually yet administered to livestock.

Mr Littleproud said Labor’s decision to scrap the dedicated Ag Visa and limit agricultural industries to only Pacific schemes had damaged confidence across the sector, which would directly lead to price hikes for families at the grocery checkout.

“Australian farmers simply can’t fill thousands of vacancies with local workers in this job market and without the Ag Visa crops won’t be planted and produce will be literally left to rot because of a lack of workers.

“While thousands of Pacific workers have come in, farmers require a variety of skilled workers from Asia that Labor has now taken away from them. We are still more than 170,000 workers short of what’s needed.

“The Pacific schemes have limitations to agriculture and scrapping the Ag Visa means farmers have lost confidence to invest, so supply will reduce and Australian food prices will continue to soar – all because the Australian Workers’ Union said no to the Ag Visa.”

Mr Littleproud said the Federal Government had also smashed regional investment confidence by reopening the water wars and backing away from the neutrality test of social and economic impacts on river dependent communities.

“Labor has created fear and uncertainty across basin communities by shamelessly caving into vested inner city interests and back tracking on a plan they had supported.

“Governments should govern for all Australians but this one is prepared to use basin communities as pawns to win votes in inner city seats vulnerable to the Greens. That’s not the actions of a government that cares about all Australians.”

“Agriculture Minister Murray Watt says he is banning live sheep trade because of the science but still hasn’t told industry what that science is.

“The industry has reformed since 2018 and now leads the world. Millions of dollars and thousands of jobs will be lost, particularly in Western Australia, all for a misguided ideological view.

“Australian farmers are rightly worried by this new government from what they’ve done in just 100 days, which is eroding confidence in an industry that is crucial to Australia’s prosperity.”