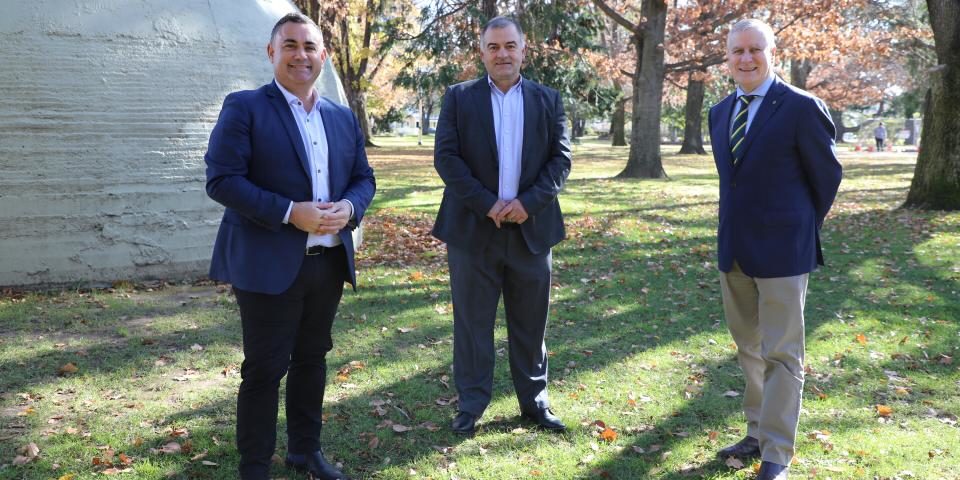 Queanbeyan-Palerang Regional Councillor Trevor Hicks has been elected as The Nationals’ candidate in the Eden-Monaro by-election.

“Trevor has been a part of the wider Eden-Monaro community almost all of his life and is committed to getting right around this large electorate in the four weeks leading up to polling day.

“He already knows and understands the issues of this important regional seat and is determined to do everything he can to put the people of Eden-Monaro first.

“The people of Eden-Monaro have suffered through drought, devastating bushfires and now COVID-19. Mr Hicks has proven he has the drive and determination to deliver what the community needs and deserves.

“He is dedicated to improving the livelihoods of those who live in the region and is known for ‘going the extra mile’ for his community right across South East New South Wales.

“While no Government has won a seat from the Opposition in the past 100 years, The Nationals are running to offer choice and highlight our record of achievement for regional people.”

“I put my hand up as a candidate because I have an understanding of the issues the people right across the electorate are facing, better than anyone,” Mr Hicks said.

“I have a strong connection with regional Australia and business experience in the cities and I want to do my best for the people of Eden-Monaro, representing their needs in the Australian Parliament and importantly be at the decision table to deliver results as part of this Government.”

Born in Albury in 1966, Mr Hicks has lived in the Eden-Monaro community for most of his life. He is a Captains Flat local and a small business owner. He served as a councillor on Palerang Council from 2012 until the amalgamation. He was elected Deputy Mayor of the Queanbeyan-Palerang Regional Council in 2017. He played Rugby for the Braidwood Redbacks. He is married with three children.