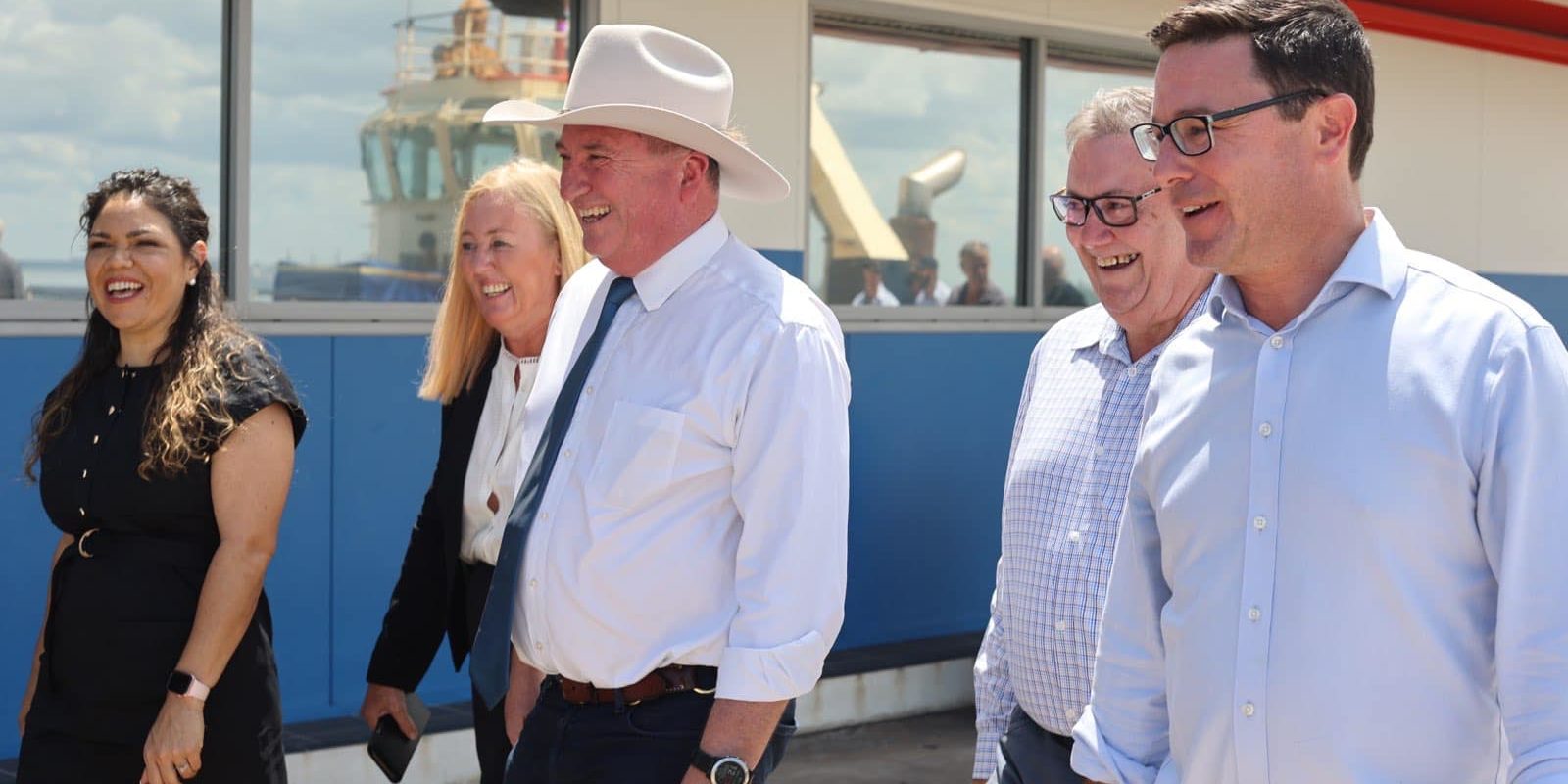 The Morrison-Joyce Government is investing $1.5 billion to transform Middle Arm in the Top End into an export powerhouse, creating thousands of jobs and making our nation wealthier and stronger.

To make Australia as strong as possible as quickly as possible, the Government will deliver the infrastructure needed to export more gas, including hydrogen, and critical minerals from Middle Arm.

This will generate the wealth we need to grow our economy and turbocharge our regions, allowing Australians to get the job they want and to pursue their dreams.

Developing Middle Arm has been recognised as a nationally significant project by Infrastructure Australia and we are committed to driving this forward with the Northern Territory Government.

Our $1.5 billion investment will deliver this, supporting port infrastructure, including a wharf and offloading facility, and dredging of the shipping channel.

Investing in enabling infrastructure paves the way for private sector investment in Middle Arm, which the Northern Territory Government estimates will be in excess of $16 billion.

“This is part of our plan to become as strong as possible as quickly as possible,” the Deputy Prime Minister said.

“Transforming Middle Arm will unlock the potential of resources industries right across our north, facilitating the sale of more products that create wealth.

“Australians must embrace the fact that it is our resources sector that pays for the services and opportunities we all enjoy and without coal and gas and iron ore, we would be weaker and poorer.

“We are an exporting nation and we must continue to sell the products that make us wealthier and stronger.

“A Labor-Greens alliance would put all of this investment at risk.”

This investment forms part of the Government’s $7.1 billion investment pipeline under the Energy Security and Regional Development Plan and is part of the $2.6 billion set aside for infrastructure projects across the Northern Territory, including:

Under the Energy Security and Regional Development Plan, the Government will develop key regions across Australia, transforming them into next generation export hubs.