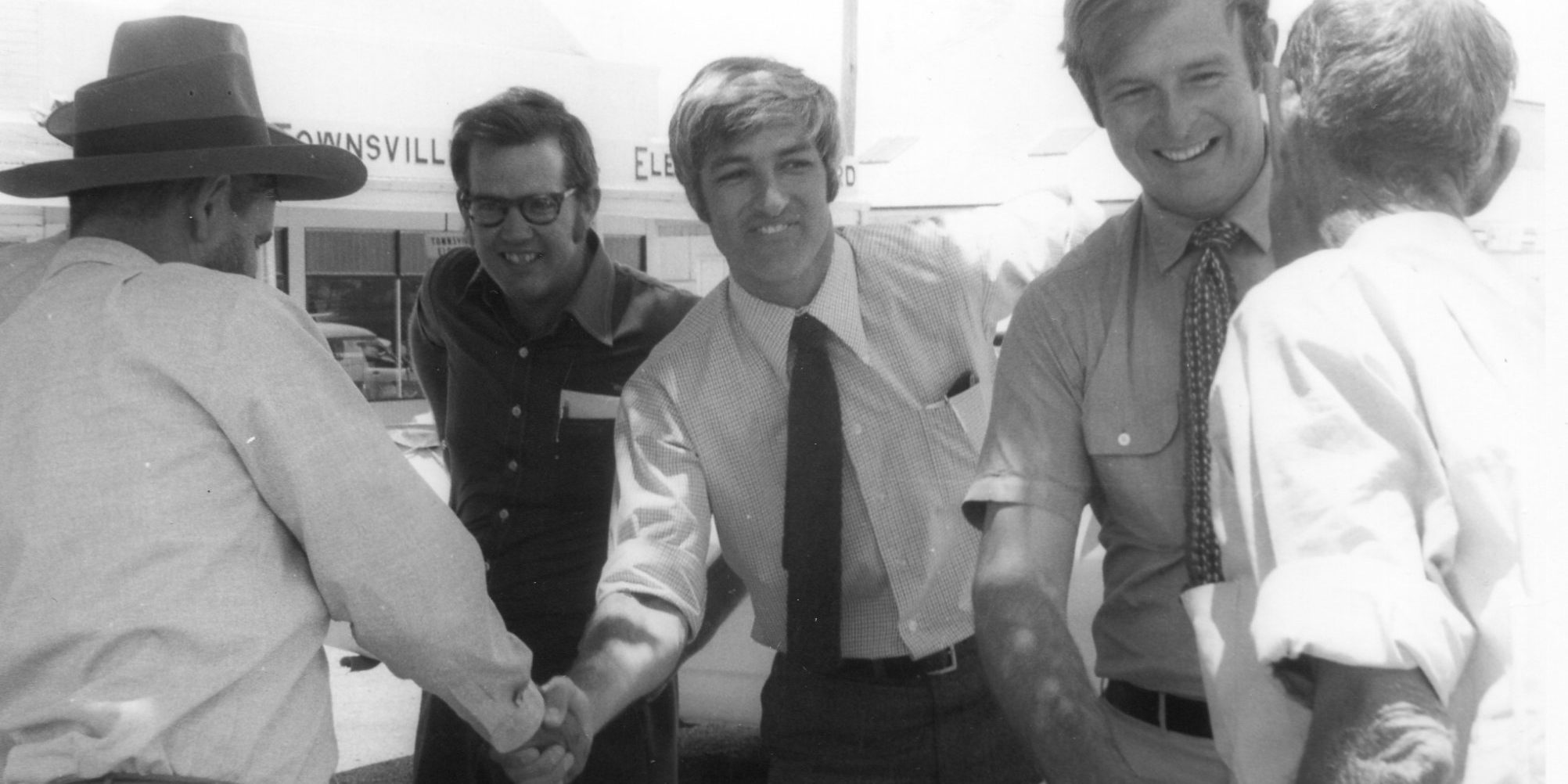 The Federal Executive of The Nationals have paid tribute to The Right Honourable Doug Anthony AC, CH who passed away earlier today.

As the Member for Richmond, the Leader of The Nationals and Deputy Prime Minister, Doug Anthony epitomised the values of the former Country Party and current Nationals through a thorough understanding of the challenges facing regional Australia.

Mr Anthony understood the need for strong rural and regional representation at the highest levels of government and was a fierce advocate for the opening up of new trade opportunities.

Doug Anthony would probably be most remembered for running the country as acting PM, when Malcolm Fraser was on holiday over the Xmas/New Year period, from a caravan on his beach block at New Brighton, NSW far north coast. As he said:

I’ll probably be remembered for the caravan more than anything else in my political career When the nation heard I was running the show from my caravan it sent a message that it was Christmas, time to relax, everything was on hold, but also everything was being looked after.

Mr Anthony was deeply involved early in his ministerial career, as Minister for the Interior, with the development of Canberra and the opening of Lake Burley Griffin, as well as development of the Carilion and the James Cook Memorial Fountain.

He regarded the Closer Economic Relations agreement he negotiated with New Zealand as a major achievement, as well as developing new trade agreements, including the live sheep trade, with the Middle East.

The Anthony family is synonymous with the Country and National Party with Mr Anthony’s father Hubert Lawrence Anthony and the current Federal President Larry Anthony representing the federal electorate of Richmond for 67 years.

The Federal National’s thoughts are with Mr Anthony’s wife Margot, children Dugald, Jane and Larry, and with the rest of his family.

Regional Australia has today lost one of its finest and strongest advocates.