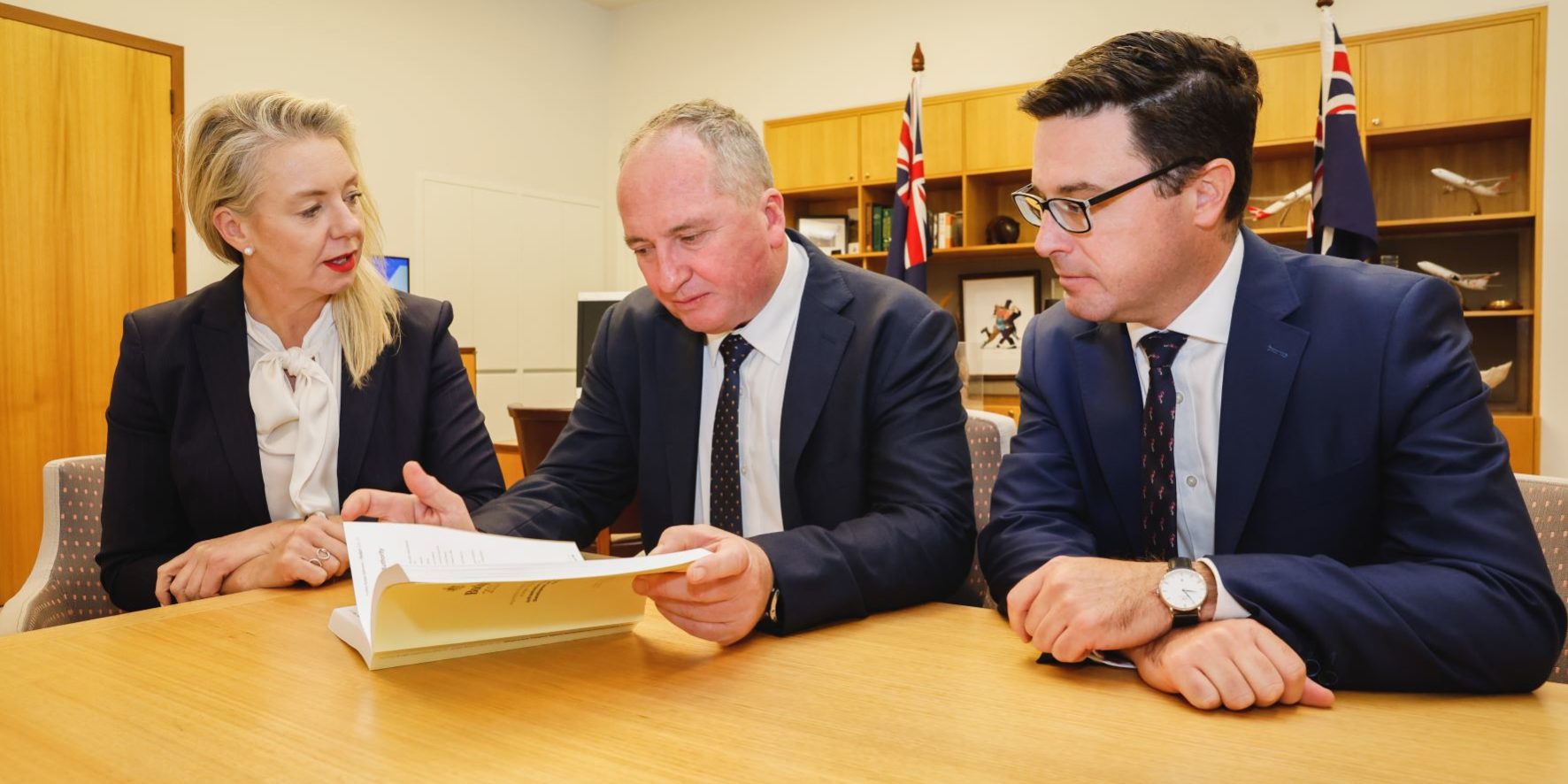 In a campaign pitch to the nation, the Labor Party’s Anthony Albanese last night launched Labor’s raid on the regions.

The Labor leader’s 36-minute Budget reply speech failed to include any mention of regional projects the Labor Party intends to fund, nor did it include Labor’s support for the nation-building infrastructure projects our Government is investing in.

This puts at risk the billions of dollars the Nationals and Liberals have committed toward building the infrastructure that will drive the development of our nation and make us as strong as possible as quickly as possible.

Projects like Hells Gates Dam, Urannah Dam and our $7.1 billion pipeline of projects in the Northern Territory, North and Central Queensland, the Pilbara, and the Hunter to build next generation export hubs. Projects that will help regional Australians to get the job they want and to pursue their dreams.

“In the speech that tells regional people the Labor Party’s vision for their lives and our nation, there are a number of words you will not find,” the Deputy Prime Minister said.

“You will not find the words ‘regional Australia’. You won’t find the words ‘cattle’, ‘sugar’, ‘Gladstone’, ‘Newcastle’ ‘Hells Gates Dam’, ‘Urannah Dam’, ‘the Pilbara’, or the ‘Northern Territory’.

“There is religiously no mention of the words ‘coal’ or ‘LNG’. All the things we have fought for to make our nation as strong as possible as quickly as possible are sadly absent.

“The geopolitical circumstances of our time demand a government that understands the circumstances we now find ourselves in and is competent enough to make the money to build a stronger nation.

“I acknowledge there was a section on aged care, which is a big issue and it is crucial we improve the delivery of this essential service.”

Under a Labor-Greens government, the regional industries that support jobs and create our nation’s wealth will come under threat, leaving our nation weaker and poorer.

Our Government understands that the coal, gas and agriculture sectors are the drivers of our economy, and we stand behind these industries because we believe in them.

The only thing coming to regional Australia under a Labor-Greens government is higher taxes for the industries that put the products on boats that increase the value of our currency and underpin our standard of living.

When Australians go to the polls they will have a choice.

A choice between the Nationals and Liberals who are building the infrastructure and supporting the industries that make us wealthier and stronger, or Labor and the Greens who will make us weaker and poorer.